District 45 serves a diverse student body of more than 3,400 children from Villa Park, Lombard, Oakbrook Terrace and Elmhurst. The District employs more than 400 highly-qualified staff dedicated to our seven core values. Each building is well-maintained, providing the most conducive environment for learning.

Collaborating to ensure high levels of learning for all. 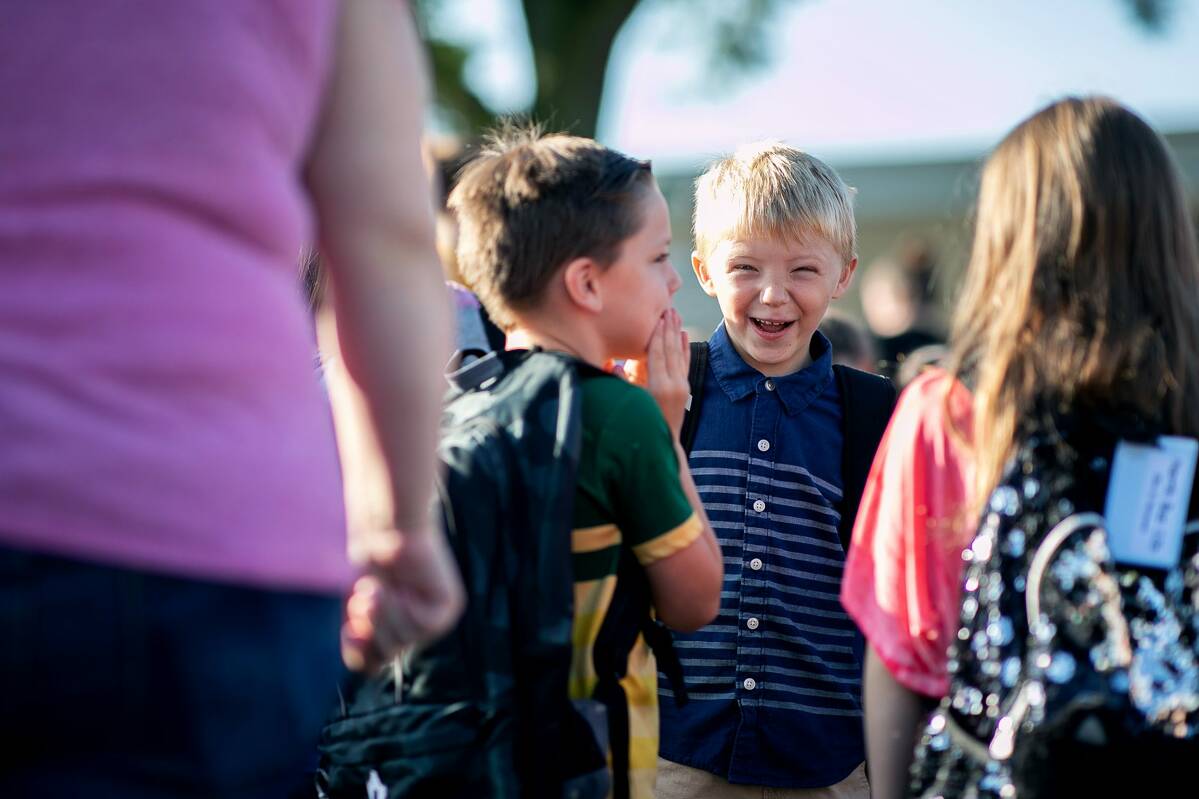 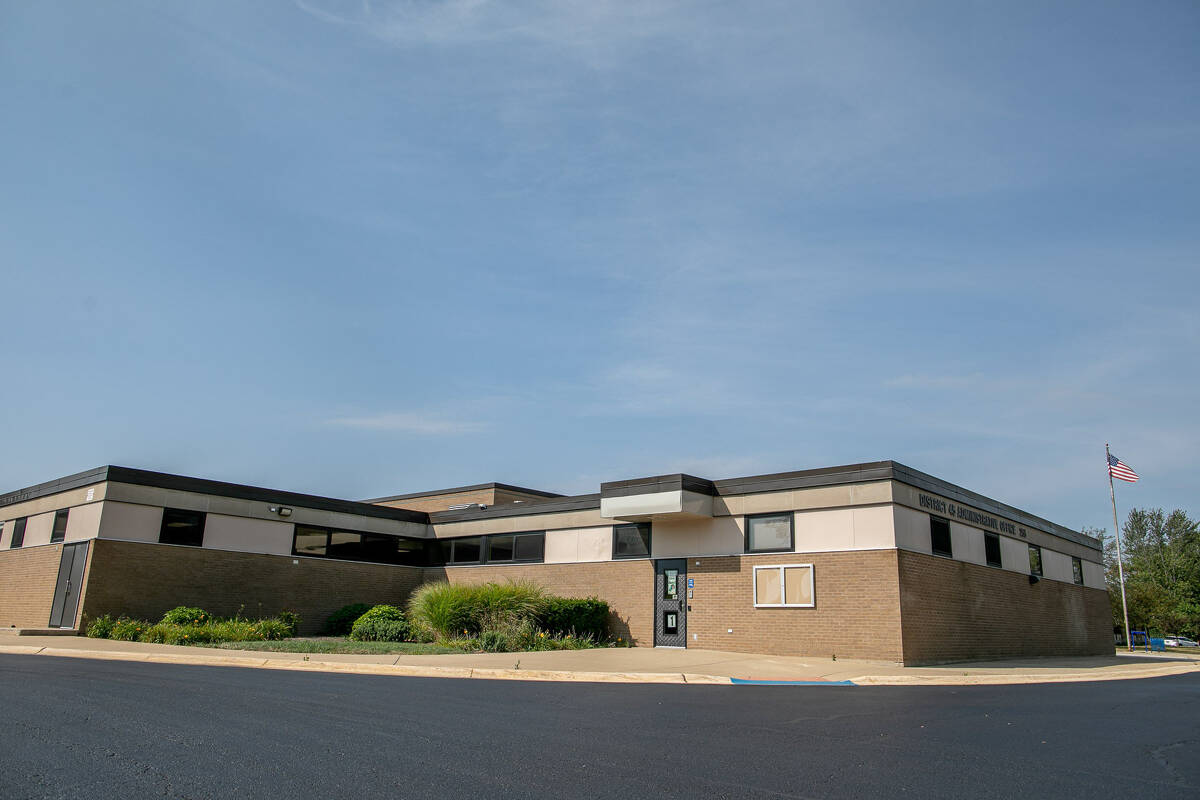 District 45 is also fortunate to have a passionate and committed Board of Education. Its seven members believe in the power of education and their responsibility to ensure accountability to our taxpayers. Each member works collaboratively, speaking with one voice to maintain our tradition of excellence.

Our District Mission is collaborating to ensure high levels of learning for all. Our Vision in District 45 is a collaborative community preparing students to successfully navigate a dynamic world. The Mission and Vision will include an emphasis on personalized learning, STEM, the fine arts and extra-curricular opportunities allowing all students to connect with both the school and their peers. We are striving to provide the 21st Century skills necessary to navigate this ever-changing and dynamic world, and we are committed to the ultimate success of each child. 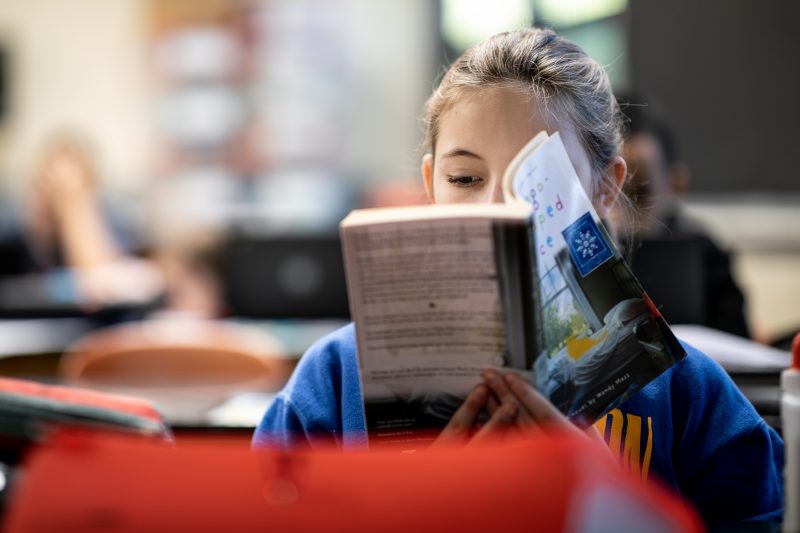 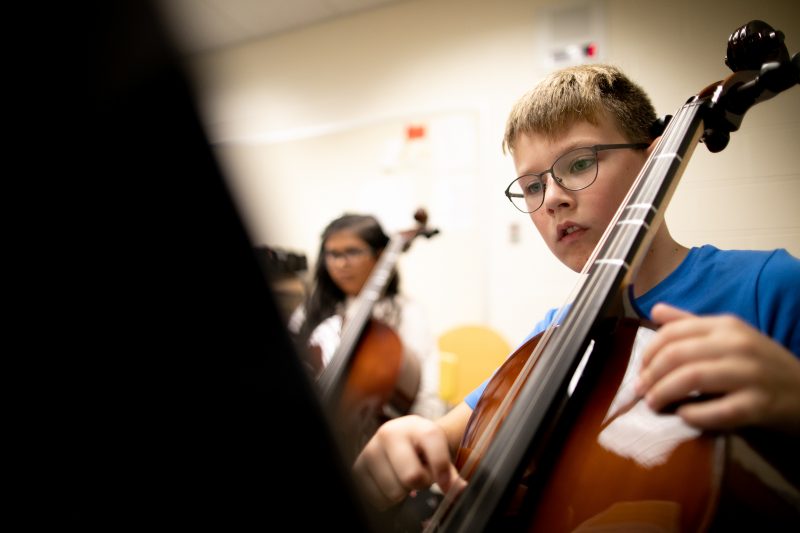 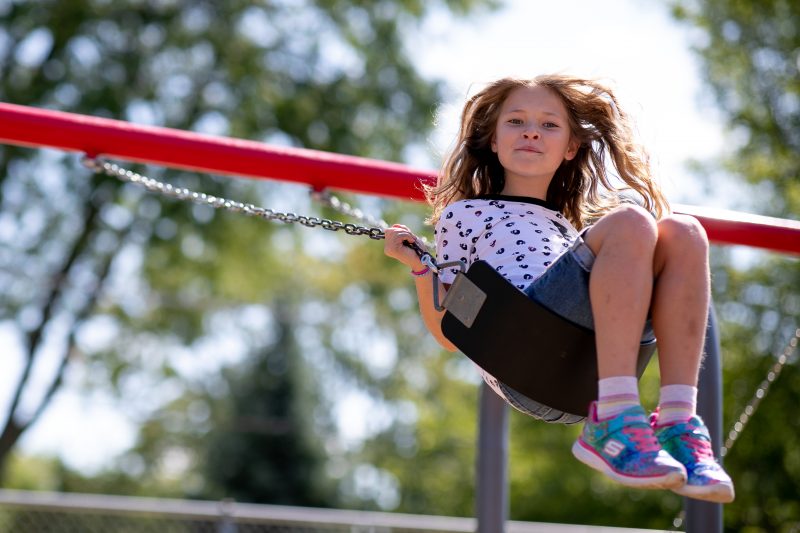 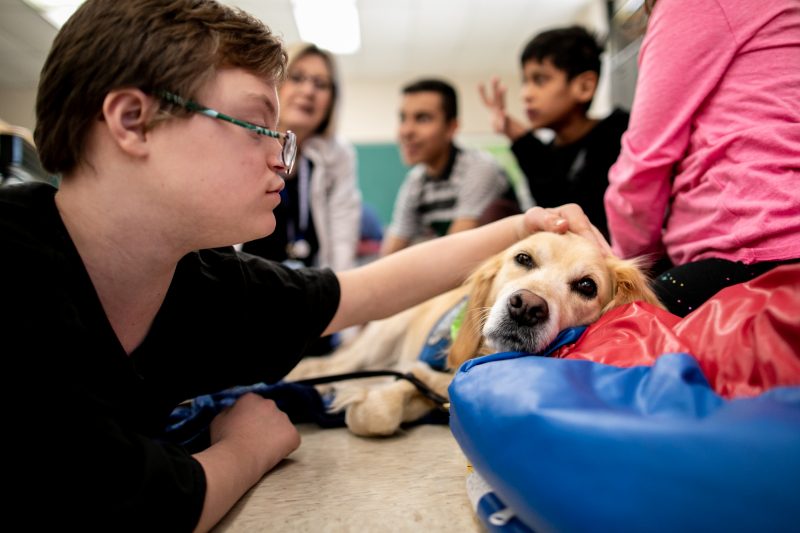 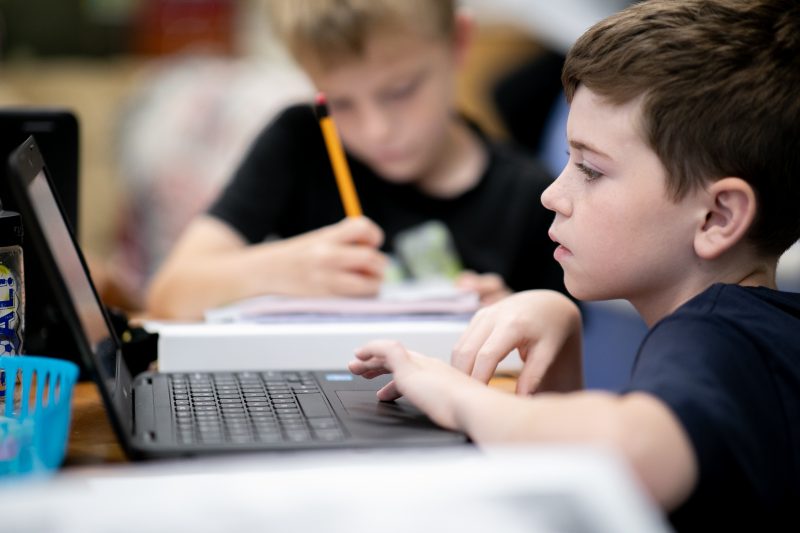 School District 45 has a rich history of providing quality education that dates back over 160 years.

The District was initially formed in April of 1857 as District 9, Town of York, now known as York Township. Elected that April as directors were Mr. F. Sumers, Mr. A. Hatfield and Mr. T. Flier. The site of the first school house was on a 100’ by 200’ lot purchased by the directors for $10 apiece. Then they borrowed $250 at 10% interest for the construction costs.

The Meyers Road School House was a one-room frame structure located at St. Charles Road and Meyers Road, now Westmore Avenue. It was named for the prominent Meyer family. Diedrick Meyer brought his family here in 1851 from Germany. A total of 15 families were serviced by the Meyers Road School House. The total construction cost for the schoolhouse was $872.95, including furnishings plus coal for the first year. The lumber and hardware were shipped from Chicago on the Galena and Chicago Union Railroad, the first such public transportation from Chicago to this area. The railroad is now known as the Chicago Northwestern.

The first school day was December 24, 1857, with N.N. Johnson as the teacher. The teacher also served as the custodian and was paid $33 per month. The three-member school board handled business by meeting once a year. In 1895, the District enrollment was 29 students, and the annual operating budget was $250. By vote in 1901, District 9 became District 45. In 1908, bonds were issued for $7,000 with the intent to build a new school house. The original school was abandoned, and in 1912, a new schoolhouse opened its doors in the Village of Ardmore. Ardmore School had four rooms, and 59 students walked up the wooden sidewalk every morning to attend class. In 1916 enrollment increased to 148 students and the operating budget increased to $8,000.

The Village of Ardmore became the Village of Villa Park in 1917. An $18,000 referendum passed allowing for a four-room addition to be built on the school. The District 45 Board of Education elected four more members and for the first time, a seven-member Board took their seats in 1920. Enrollment increased that year to 322. By 1925 enrollment reached 600 and the Board was charged with the task of hiring a full-time Superintendent. H.E. Hinkel took the helm starting with the 1925-26 school year and served until June of 1949. In anticipation of continued post-World War II growth, the voters of Villa Park approved a series of referendums that led to the construction of four new District 45 schools: Lincoln and Washington, 1924; Westmore, 1926 and Franklin School in 1927. The Depression hit hard in the 1930s and by 1932, the District had its first financial crisis, the issuance of teacher’s orders. Teachers were being paid by promissory notes instead of cash.

Financial conditions improved, but the buildings were in need of repair. The enrollment in 1942 reached 1,500 students. After World War II, large numbers of new and younger families moved into District 45. Many new homes were being built and the Board of Education found it necessary to form a Citizens Advisory Committee (CAC) as the first step in creating a long-range school planning program. Those involved in the development of the plan included the Board of Education, the school staff, the CAC, and the professional services of the University of Chicago Survey Group. The resulting recommendations were based on a 10-year plan and included two Junior High sites along with 12 well-located elementary buildings to take care of a projected enrollment of 5500.

A referendum passed in 1950 that approved the construction of a Villa Park Junior High, now Jackson Middle School, and also approved additions to Lincoln, Washington, and Westmore Schools.

In 1963 after the passage of 10 referendums, District 45 had 10 elementary buildings in operation, with the 11th due to open before the end of that school year. There were two Junior Highs providing a well-rounded seventh and eighth-grade program. The enrollment was 5626 students. The total amount of the District’s budget, excluding construction funds, was $2,745,410. District 45 staff included 16 administrators, 213 certified classroom and special teachers, 21 clerks, and 30 custodians. 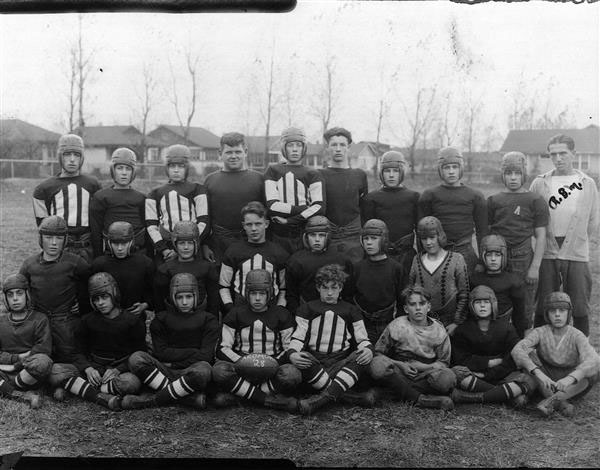 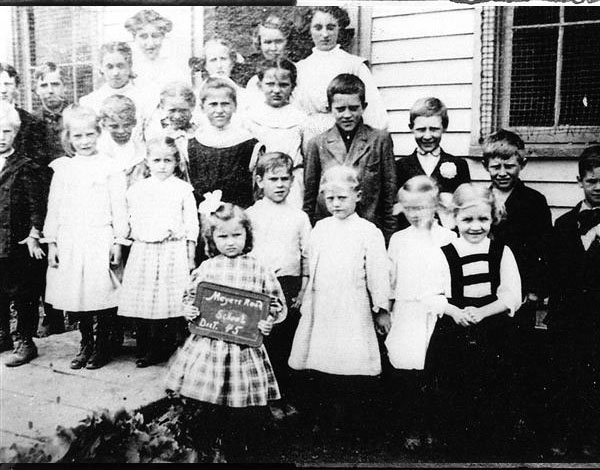 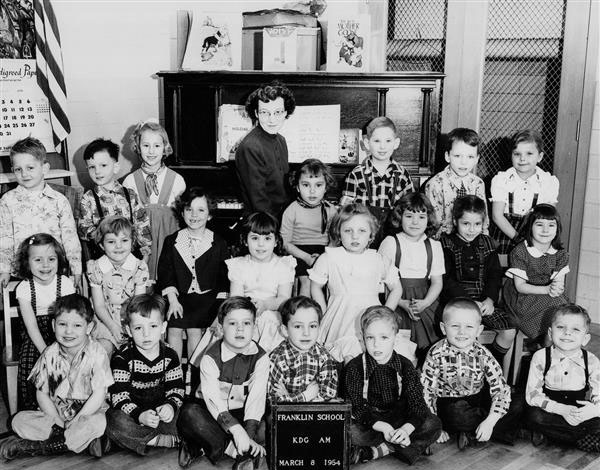 On Tuesday, March 17, 2020 registered voters in the D45 community overwhelmingly passed a $30 million bond referendum, which will greatly impact the future of our schools. The question was approved by voters with 61.66% yes votes and 38.34% no votes.